Coca-Cola FEMSA, S.A.B. de C.V. (BMV: KOF UBL; NYSE: KOF) (“Coca-Cola FEMSA” or the “Company”), the largest bottler in the Coca-Cola system by sales volume, announced today that for the second consecutive year Coca-Cola FEMSA was the only Mexican beverage company included in the S&P Global Sustainability Yearbook 2022, due to its high performance in the Corporate Sustainability Assessment (CSA) from S&P.

This year, more than 7 thousand companies around the world were evaluated, and only 15% of the companies with the best Environmental, Social, Economic and Corporate Governance (“ESG”) performance were selected. From these companies, more than 700 were in the beverage sector, Coca-Cola FEMSA being the only Mexican company in this sector included in the S&P Global Sustainability Yearbook 2022, achieving a score, according to the S&P’s own evaluation, that makes it stand out as one of the companies with the best performance in the beverage sector in the field of ESG.

“At Coca-Cola FEMSA, sustainability is at the heart of the business and is key in the decision-making processes, which is why being included again in the S&P Global Sustainability Yearbook maintains and strengthens our permanent commitment of taking care for the planet and the communities where we operate, and in this way, allows us to build a sustainable business environment in collaboration with the future we desire,” said John Santa Maria, CEO of Coca-Cola FEMSA. 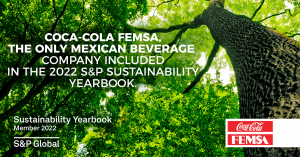 In 2020, the Company exceeded its sustainability goals set in 2015, and aware of the importance of generating social and environmental well-being while generating economic value in the communities where it operates, in that same year the Company, as announced at the time, placed the largest green bond at that moment for a company in Latin America in the international markets. Therefore, the Company publicly committed its sustainability goals to contribute to the sustainable development objectives of the United Nations Organization.

Coca-Cola FEMSA was also the first Mexican company and the third in Latin America to obtain approval from the global Science Based Targets (SBTi) initiative, for aligning its emission reduction goals in its operations and throughout its value chain to the Paris Agreement. Additionally, in 2021, considering water as a valuable resource, the Company, as announced at the time, placed the first sustainability linked bonds in the Mexican market, publicly committing to achieve ambitious goals for efficient water use.

In relation to circular economy and in line with the Coca-Cola Company’s initiative a “World Without Waste”, Coca-Cola FEMSA has the goal of making all its packaging recyclable and collecting 100% of the packaging it places in the market by 2025.

Additionally, Coca-Cola FEMSA has been included for the fourth consecutive year in the gender equality index and for the third time it has been selected as one of the best places to work for the LGBTQ+ community, for promoting policies that favor equality and the rights of the people who collaborate in the Company.

Finally, Coca-Cola FEMSA is the only Latin American company in the beverage industry included for the fifth year in the Dow Jones Sustainability MILA Pacific Alliance Index and for the ninth year in the Dow Jones Sustainability Emerging Markets Index, strengthening it as a world-class benchmark in the beverage industry for its actions and results, which have also led it to be included in the FTSE4Good Emerging Index together with Fomento Económico Mexicano, S.A.B.of C.V. and in the new S&P/BMV Total Mexico ESG Index. 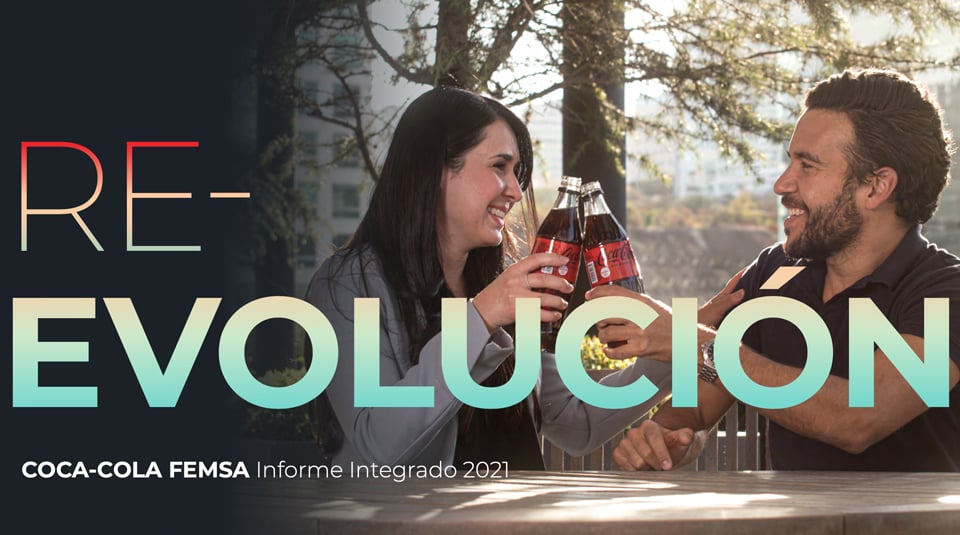 At Coca-Cola FEMSA, we are beginning a transformation. We have… 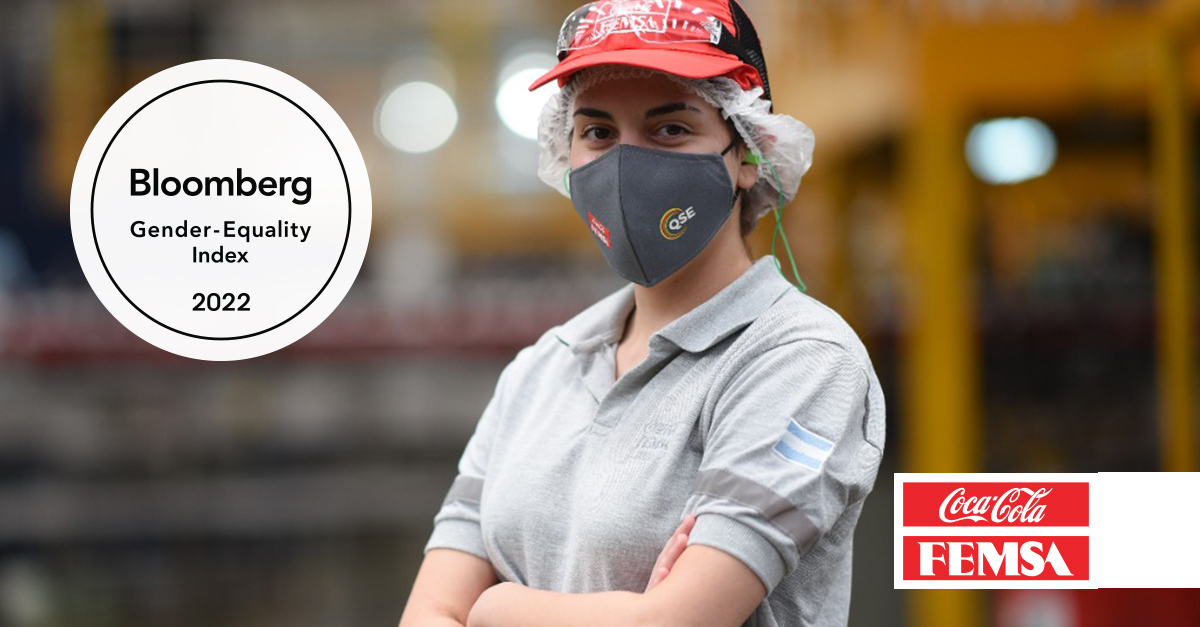 For the first time, the Bloomberg Gender-Equality Index (GEI) has…