Coca-Cola FEMSA, S.A.B. de C.V. (BMV: KOFUBL; NYSE: KOF) (“KOF” o “the Company), was the winner of the 2021 Bonds & Loans Latin America & Caribbean Award for Investment Grade Corporate Bond Deal of the Year.  Since 2015, the Bonds & Loans Awards organized by GFC Media Group has recognized the most innovative and groundbreaking deals from Sovereign, Corporate and Financial Institution issuers and borrowers. 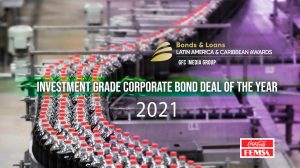 The award was given in recognition of its first green bond in the international capital market placed in 2020 for US$ 705 million, which will help the Company achieve its environmental goals and contribute to the Sustainable Development Goals of the United Nations.

“To be recognized by Bonds & Loans Latin America & Caribbean, as the Investment Grade Corporate Bond Deal of the Year, represents an important achievement that reinforces our ambitious sustainability goals to continue generating social and environmental well-being in all the communities that we are privileged to serve” said John Santa Maria, CEO of Coca-Cola FEMSA.

The exhaustive selection process involves close examination of deal size, tenor, structure, and distribution; analysis and background of the borrower and their accessibility to financing; with extra credit for those deals demonstrating high quality execution, accessing new pools of liquidity, innovative structuring, and opening-up new markets.

As a result of its sustainability performance and alignment with its strategic framework, Coca-Cola FEMSA became the first Mexican company and third in Latin America, to secure official approval from the Science Based Targets initiative (SBTi) of its 2030 carbon emissions reduction goals. Also, it has increased the use of clean energy in its operations supplying 80% of its bottling plants’ electricity needs with clean energy sources. Considering the relevance of water as a valuable resource, the Company currently has a water use ratio of 1.49 liters of water used per liter of beverage produced, and in 2021, it placed the first bond linked to sustainability in the Mexican market, committing to lowering their water use ratio to1.36 by 2024 and 1.26 by 2026.

Coca-Cola FEMSA, S.A.B. de C.V. is the largest Coca-Cola franchise bottler in the world by sales volume. The Company produces and distributes trademark beverages of The Coca-Cola Company, offering a wide portfolio of 129 brands to a population of more than 265 million. With over 80 thousand employees, the Company markets and sells approximately 3.3 billion unit cases through close to 2 million points of sale a year. Operating 49 manufacturing plants and 268 distribution centers, Coca-Cola FEMSA is committed to generating economic, social, and environmental value for all of its stakeholders across the value chain. The Company is a member of the Dow Jones Sustainability Emerging Markets Index, Dow Jones Sustainability MILA Pacific Alliance Index, FTSE4Good Emerging Index, and the S&P/BMV Total Mexico ESG Index, among others. Its operations encompass franchise territories in Mexico, Brazil, Guatemala, Colombia, and Argentina, and, nationwide, in Costa Rica, Nicaragua, Panama, Uruguay, and in Venezuela through its investment in KOF Venezuela. 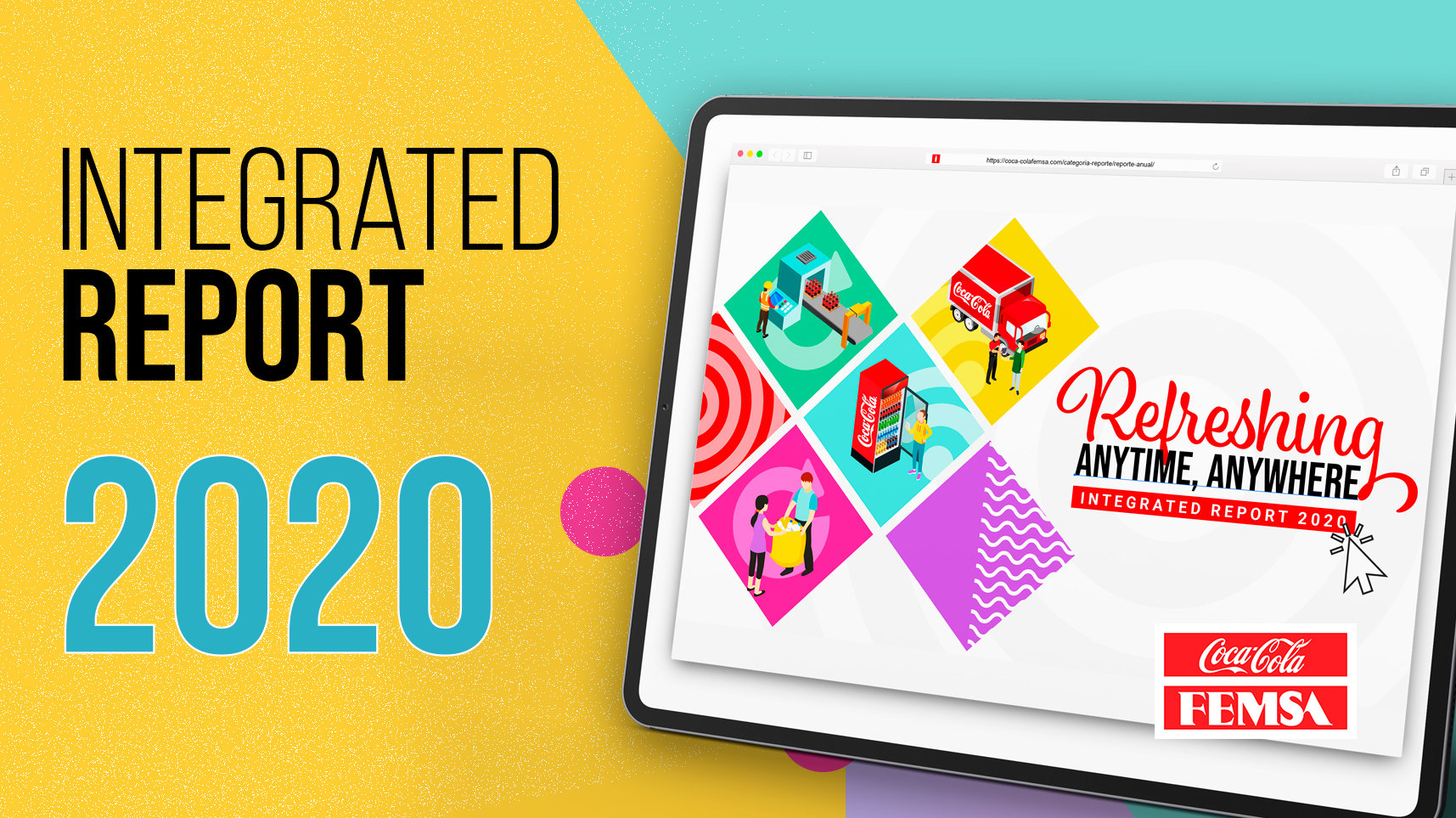